The Noise of Time – Zitate

„Art belongs to everybody and nobody.“

Page 18:
„It was Stalin´s fault because he would have inspired and approved the Pravda editorial – perhaps even written it himself: there were enough grammatical errors to suggest the pen of one whose mistakes could never be corrected.”


Page: 46:
“His own innocence was irrelevant. The truth of his answers was irrelevant. What had been decided had been decided. And if they needed to show that the conspiracy which they had either just discovered or just invented was so pernisciously widespread that even the country´s most famous – if recently disgraced – composer was involved. Then that was what they would show.”

Page 50/51:
“Imagine we are eating scrambled eggs, the Professor used to say. My cook, Pasha, has prepared them, and you and I are eating them. Along comes a man who has not prepared them and is not eating them, but he talks about them as if he knows everything about them – that is a musicologist.”

Page 51:
„Men who left home with a case in their hands traditionally returned. Men dragged from their beds in their night-clothes often did not.”

Page 57:
“But there is no escaping one´s destiny; and his, for the moment, was apparently to live. To live and to work. There would be no rest. ‘We rest only when we dream,’as Blok put it; though at this time most people´s dreams were no restful.”

Page 61:
“Fear normally drives out all other emotions as well; but not shame. Fear and shame swilled happily together in his stomach.”

Page 67:
“ If it were stupid, it would survive; just if if it had principles, it would not survive. Tyranny understood how some parts – the weak parts – of most people worked.”

Page 138:
“If we´re going, then let´s go, as the parrot said to the cat which was dragging it downstairs by the tail.”

Page 147:
“And by any scale of measurement, he had to agree. It was better, in the way that the life of a prisoner in solitary confinement is improved if he is given a cellmate, allowed to climb up to the bars and sniff the autumn air, and if the warder no longer spits in his soup – at least, not in the prisoner´s presence. Yes, in that sense it was better.”

Page 148:
“And the Pospelovs of this world – like the Khrennikovs - would sense each shift before it came, would have their ear to the ground and their eye to the main chance and their wetted finger in the air to apprehend any change of wind.”

Page 158:
“But it was not easy being a coward. Being a hero was much easier than being a coward. To be a hero, you only had to be brave for a moment – when you took out the gun, threw the bomb, pressed the detonator, did away with the tyrant, and with yourself as well. But to be a coward was to embark on a career that lasted a lifetime you couldn´t ever relax …!

Page ???:
„Nowadays Stalin was out of favour but Lenin was back in favour. A few more turns of the wheel an Nikita the Corncob would be out of favour; a few more after that and perhaps Stalin and Stalinism would be back.” 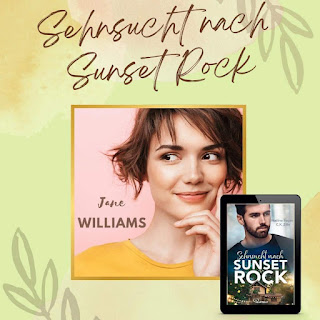